Councilmember Kassakhian’s nomination of Joel Peterson to the GWP Commission was unanimously approved. Mr. Peterson is Director of Facilities at Glendale Community College, a long-time Glendale resident, retired Lieutenant Colonel of the US Navy, Holds a BA from University of VA and Masters in Education. He is in the process of completing his doctorate of education. He has extensive project management experience and has been helping GCC to move to more sustainable, greener practices in his current capacity. Peterson was an elected member of the La Canada School District Board.

Councilmember Brotman’s nomination of Alek Bartrosouf to the Sustainability Commission was unanimously approved. Mr. Bartrosouf became the first member of the sustainability commission. He has been active in the community with issues of sustainability for many years. He helped form Walk Bike Glendale and the Coalition for a Green Glendale, and was involved with setting up community gardens in Glendale. He received a degree in Urban Planning from UCLA and currently works as a transportation planner for the City of Los Angeles. [GEC NOTE: Alek is also a steering member of the Glendale Environmental Coalition]

Councilmember Devine’s nomination of Jennifer Pinkerton to the Sustainability Commission was unanimously approved. Ms. Pinkerton is Assistant Division Manager for Environmental Affairs for LA Sanitation and Environments Dept.. She has spent nearly 30 years in the environmental arena, primarily in recycling, environmentally preferable purchasing, zero waste, food rescue policy and ordinance development and egislative analysis. She has also worked with other groups such as  CA Against Waste and the United Nations Environment Program. Councilmember Brotman also noted that Ms. Pinkerton is a steering member of the Glendale Environmental Coalition.

Councilmember Najarian – Placed into nomination Andy Carrasco for the Sustainability Commission. [NOTE: This nomination was removed from the 1/26/21 meeting agenda.]

Councilmember Brotman – Offered a brief report on the Energy and Environment Committee of the SoCal Association of Governments, which passed a resolution declaring a climate crisis in SoCal and specified various actions that SCAG will take to coordinate action across various cities and counties in its region, e.g. technical assistance, sourcing funds for Climate Action Plans, funding and assistance for dealing with urban heat island impacts, organic waste reduction and wildlife corridor restoration and urban greenway projects. Since there are many items included that Glendale is currently working on, Brotman encouraged staff to inquire if any of these activities would provide funding sources or other expertise that may be useful to Glendale.

Mr. Brotman also discussed resuming the Community Emergency Response Team Program (CERT) and taking it to the next level. This is a program where neighbors coordinate to prepare for emergencies like earthquakes, fires, etc, in order to have action plans in place for the time before help is able to arrive. Councilmember Devine seconded this request.

Councilmember Brotman also reviewed a recent memo from staff that he had previously requested regarding creating a plan to decarbonize the city’s vehicle fleet. He expressed that he understands some of the challenges we face, that some of the technology is ready and for others (especially for heavy duty vehicles) the technology might not be quite there yet for what we need. He noted that buses are pretty close and light duty vehicles are ready. He understands that electric vehicles can be more expensive than their fossil fuel alternative and that there are start up costs related to investments needed in charging infrastructure and training for maintenance personnel.  However, he made the point that we have an imperative to get off fossil fuels, that this is a health and safety issue for residents. He also noted that the technology is moving fast and the cost curve is rapidly moving in our favor (Brotman highlighted that operational costs including fuel and maintenance are expected to reach parity with fossil fuel cars in most classes in approx 4 years according to the CA Air Resources Board, or in 10 years when comparing fossil fuel cars to hydrogen fuel cell vehicles.) He noted that other agencies have created plans to convert their fleets. He noted LA County has a plan that by 2025, 100% of non-emergency vehicles will be zero emission, by 2035 100% of medium duty vehicles and light duty emergency will be zero emission and by 2045 all of their vehicles will be zero emission. He asked for a second for staff to prepare a roadmap to a 100% zero carbon fleet with committed dates that are no less ambitious than the county, and ideally  he encourages the city to get ahead of the county. He asked that funds be set aside if needed in the next budget cycle, but encourages our city to draw on what others have done. He noted that the Governer is pushing on this and that we want to be ready when grant funds become available. Councilmember Kassakhian seconded the motion.

Councilmember Kassakhian discussed an uptick of graffiti issues in the city and asked for staff to bring back a plan to tackle this issue of blight that has increased over the past few years. He also noted the problem with “dump sites” – where bulky items are left (mattresses, cabinets, etc.) without arrangements for pickup. Mayor Agajanian offered a second to the motion. Mr. Kassakhian also asked the city to revisit digital signage code rules. The motion was seconded by Councilmember Brotman.

Council voted unanimously to give this item to the Sustainability Commission to explore when they convene (estimated in March), including gathering information on the experiences of other localities that have permitted urban beekeeping,  to bring back recommendations to council for further consideration. If council chooses to move forward with any changes at that time, the item will go to the Planning Commission.

Background & Callers: Council member Devine asked for this item to be brought forward. City staff offered a presentation (see the video below at 1 hour 30 mins) and a full report regarding beekeeping in residential zones.   Following the report, both a long-time beekeeper who currently tends six hives (in Glendale) and her neighbor called in to express their experiences.  A notice of violation was issued due to complaints from the neighbor, and that is when the bee keeping resident asked the council to consider a rule change in the zoning. City council was asked to decide if (a) the city will relax some of the standards in the community parks communities to allow more people to keep bees in those areas which currently have a wait list, (b) the city will change the rules to allow urban (backyard) beekeeping or (c) the city will not change the zoning codes and will enforce the current rules. Three additional callers spoke in favour of urban beekeeping.

Conversation Notes: Councilmember Devine emphasized that enforcement and regulation are essential – that the beekeepers be certified, take a bee-keeper program and care for hives responsibly. She noted that if Glendale contracts out with LA County, they will come in and access a site with a person from the planning department to give the okay – and will come shut down sites that are not compliant with the rules. She suggested we could allow up to 2 boxes (versus the 6 that are in the complainants lot.) Devine suggested a variance related to lot size could be looked at and reviewed.

Council member Najarian stressed the importance of bees to the planet and our food supply and proposed giving  the item to the sustainability commission to review.

Council member Brotman noted his support of backyard beekeeping in general for the reasons Mr. Najarian mentioned – their tenuous situation due to impacts of climate change and other stresses. Mentioned other cities that have allowed backyard beekeeping have reported few, if any, complaints. Suggested simply taking LA’s ordinance which allows for one hive for every 2500 square feet. and adopting their other codified rules including requiring bee keeping training and inspections. Said if we aren’t ready to prep an ordinance, staff should talk with other cities about their experiences.

Councilmember Kassakhian, expressed his concurrent feelings that bees are a critical part of our ecological health of the planet, and we should encourage beekeeping – but safely and responsibly. He’s recently researched bee colony collapse disorder and noted that in beekeeper publications, they say: apiaries should be established in places that will do no harm to humans or the bees themselves. He mentioned that establishing a number of allowable hives is a conversation council should have, and it may be one, two or more. Stressed that most bees are gentle creatures. Noticed that we have all these open spaces in Glendale, and only three specific locations that allow beekeeping, and suggested that maybe the city could allow beekeepers to keep hives in our open spaces. Interested to look at other cities of sizes like ours’ experiences and find out if neighbors are all onboard. Asked about roof top apiaries. How does that impact the neighborhood? Is that the same kind of impact – if the bees go up to 5 miles away to forage? Believes that the best place is our open spaces.

Mayor Agajanian does not know much about bees, but he feels the rules should be limited in our residential areas to only one hive per residence. His own grandfather died from a bee sting, so this impacts his view.

Councilmember Kassakhian seconded Najarian’s proposal to have the Sustainability Commission tackle this item – and to ask them to look at it at their initial meeting and to come back with recommendations. Brotman wanted to make a motion to have staff talk to three cities (Los Angeles, San Diego and one other ) re: how long have they permitted beekeeping? How many violations have there been and what were they?  How many complaints were there from neighbors? And then take another look at the item. Devine agrees that this is a good item for the Sustainability Committee to tackle as well and go through the minutea that Brotman had originally suggested staff  investigate. Mayor Agajanian emphasized that the committee should look at cities of comparable size to Glendale. Mr. Garcia noted he DID think that Los Angeles was a suitable model to study. He further noted that this will need to go to the planning commission as it involves a code change. He said that if it does go to the Sustainability Committee, it will have to then go to council and then to planning. At the soonest, the Sustainability Commission will meet for the first time in March (if all members are appointed but hen.)  The City will not enforce the code complaint while this process unfolds.

Motion to send this item to the Sustainability Commission by Najarian, seconded by Brotman – all in favor.

Note: Beekeeping item is at 1 hour 30 minutes to 2 hours 30 minutes in the council meeting below. 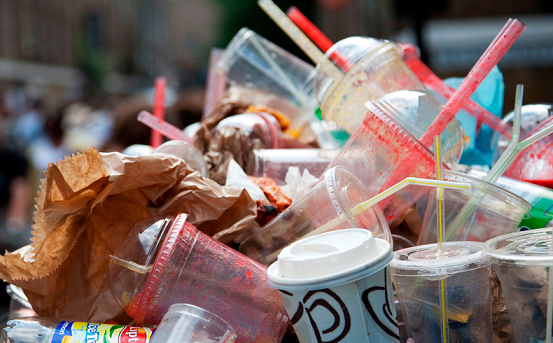 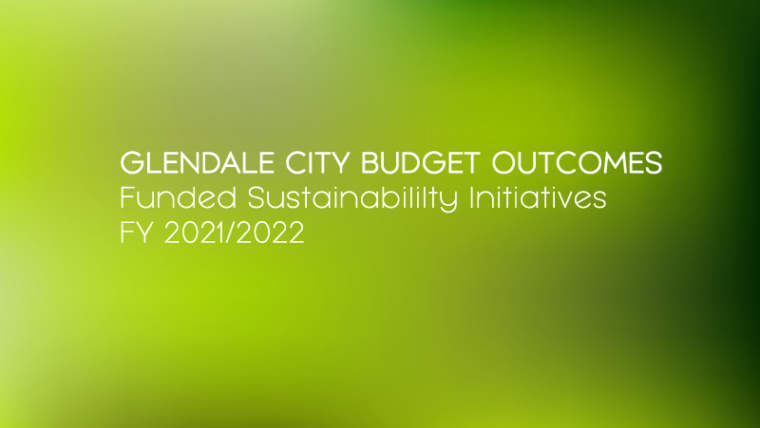 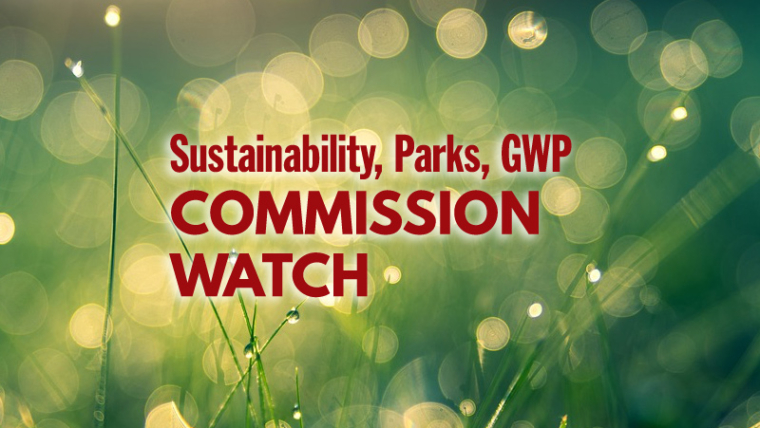