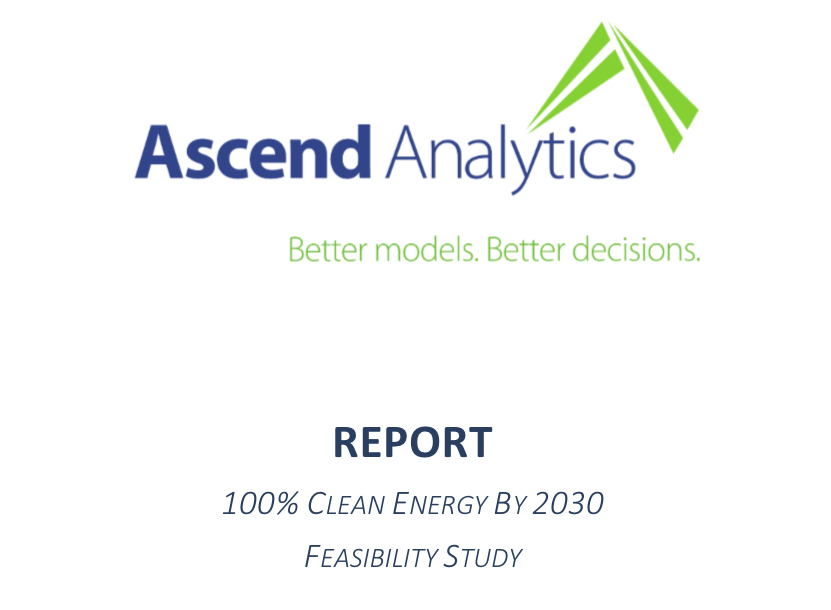 The Ascend Analytics 100% Clean Energy by 2030 Study is a great modeling exercise, and we thank Councilmember Devine for requesting it and GWP and Ascend Analytics for their work on it. We appreciate that the City has a goal of reaching 100% clean energy around the clock, rather than only on a net basis, and we applaud that goal. Moreover, we are glad to see that the modeling integrates additional new clean energy resources into the proposed portfolio, exceeding what was modeled in the 2019 IRP.The study uses relatively conservative assumptions that do not take into account (1) the IPP transitioning to green hydrogen, (2) new technologies that exist now and that will be cost effective once they scale up, (3) new technologies that are on the near horizon, and (4) additional energy efficiency and demand response measures. That is good news indeed!  Thanks to this study, we know that with these conservative assumptions, it’s possible to chart a path to 89% clean energy by 2030, viewed from a 2021 lens. We are sensitive to the reliability, reserve, and cost considerations that play into the analysis.

That said, we believe that the study and the projections for clean energy are more conservative than necessary, and that there is significant local clean energy potential that could also be considered. For example, the studied portfolio assumes 20 MW of new commercial rooftop solar (with 10 MW of 2-hour batteries), when it is possible that the market could provide much more than that. A follow-up RFP for commercial solar projects is needed, as we have been calling for since the 2018 Clean Energy RFP.

Also, we believe that Glendale would benefit from a study that examines multiple pathways to achieve 100% clean energy. Our much larger neighbor Los Angeles has shown how this is done, with the release of its LA100 Los Angeles 100% Renewable Energy Study, which studied 4 scenarios under multiple different projections of electricity demand.

GEC asks in particular for a study that considers a scenario without new gas-burning equipment being installed in Glendale. Although we recognize that dispatchable energy is an important part of Glendale’s energy needs, we are concerned that ICE units could soon become stranded assets, because changes to state law may accelerate clean-energy mandates. From both legal and environmental perspectives, Glendale cannot rely on fossil fuel technology for the long term, and investing public funds in that technology is unwise.

The LA100 study showed that Los Angeles could have 98% carbon-free electricity in 2030 and meet a 100% clean energy goal by 2035 without biofuels. The LA Times editorialized on March 28 that Los Angeles should aim for the 100% by 2035 target, because “the race to slow global warming is on, and communities need to move as fast as possible to slash greenhouse gases.”

We believe the same is true for Glendale: Glendale can and must move as fast as possible to transition to clean, carbon-free electricity. We therefore request that City Council provide leadership to set a policy goal that will meet the needs of the community. We ask City Council to make a motion to commit to achieving 100% clean energy by 2035, a date that appears extremely realistic and achievable. Setting a target will provide direction to guide the city’s work in this area, and it means that we can work toward—and probably exceed—that goal. We also ask that City Council make a motion directing GWP to commit to providing annual updates assessing our progress toward 100% clean energy goals. These updates can reflect changes to the timeline in response to new developments in resources outside Glendale and any increased local Glendale capacity. For example, improvements in dispatchable technologies—such as green hydrogen for use in fuel cells or combustion engines—may allow Glendale to reach 100% sooner than 2035, using our valuable local distributed energy resources rather than needing to curtail them.
Additionally, we again ask Council to direct GWP to promptly issue RFPs for a commercial solar program and other local distributed energy resources, with a goal of exceeding the amounts included as part of the portfolio assessed in this report.In conclusion, we ask that City Council:

This is an important legacy for our city, and we appreciate your work toward that goal. Thank you for your efforts to make Glendale a clean-energy leader. 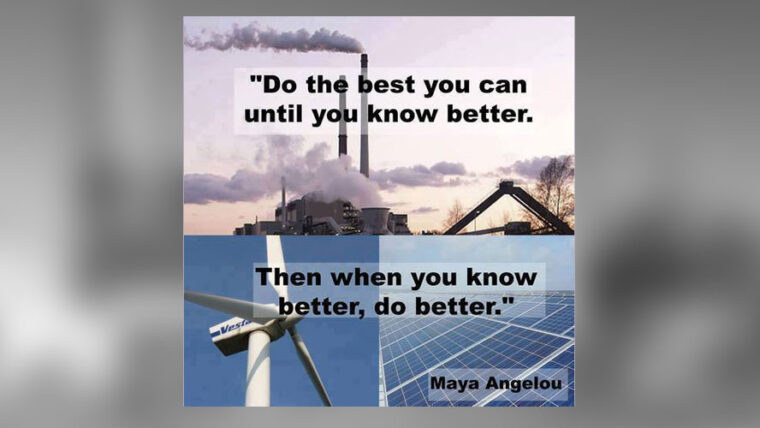