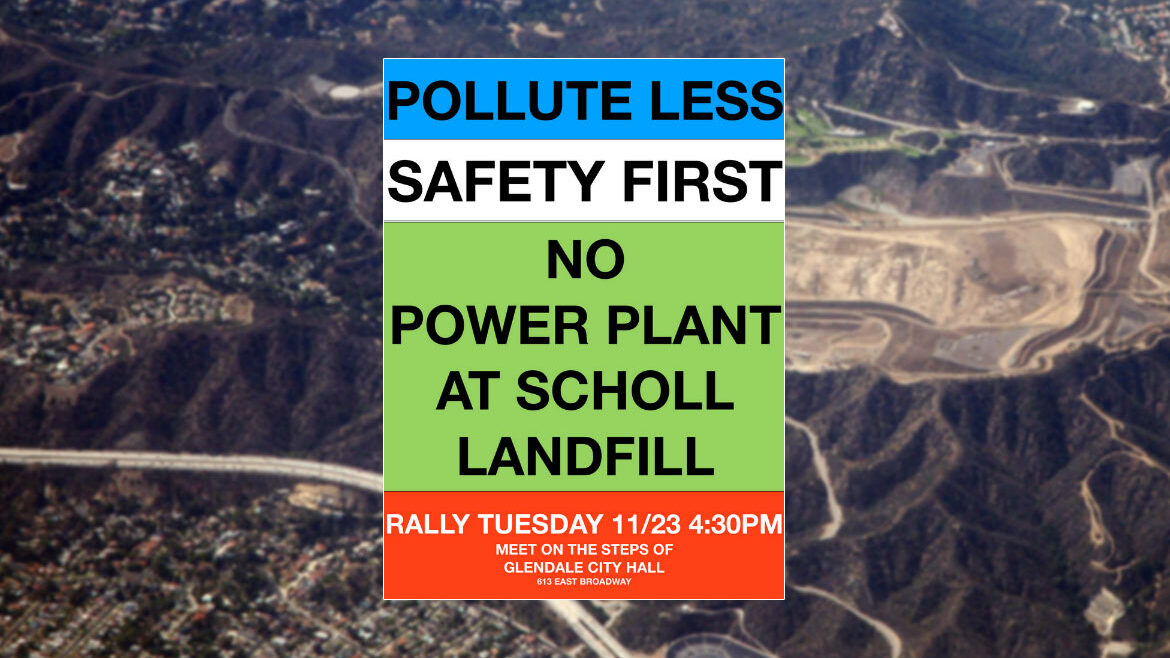 GWP has proposed a biogas project at the site of the Scholl Canyon Landfill, which is slated to close in a handful of years. GEC’s position is that the best thing to do for now is continue flaring the landfill gas to give time for development of better alternatives. The flares are less polluting, and they’ll be upgraded to pollute even less than now. A biogas plant would lock in pollution at a high cost and with diminishing returns, as the amount of landfill gas declines over time. Both the Sustainability Commission and the Planning Commission considered GWP’s proposed Scholl Canyon Biogas Project, and both voted it down, in large part thanks to the extensive data analysis and advocacy of the Scholl team. GWP appealed the decision by the Planning Commission, and City Council will consider that appeal ON NOVEMBER 30. Council appears not to be as strongly against the project as the Planning Commission. The Scholl team will make a short presentation at City Council, but is asking GEC members not to call in to that Council meeting. However, you can help by doing three things: